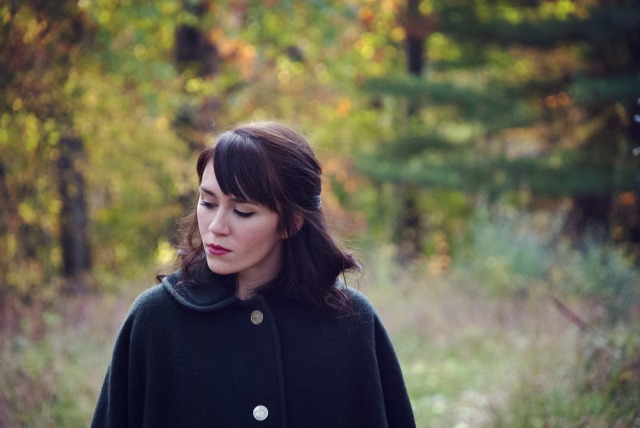 On Sunday, May 6 at 7:00 p.m., the Cannon Beach History Center & Museum welcomes Olivia Millerschin and her band all the way from Michigan. Only three performances in Oregon, you’ll want to get your tickets soon.

At just twenty-two, singer-songwriter Olivia Millerschin has composed and released two full-length albums. Her second, “Look Both Ways” has recently been nominated for an Independent Music Award in the category of Best Adult Contemporary Album. A Detroit, Michigan native, Millerschin is making a small tour around the Pacific Northwest in May with only three stops in Oregon! She recently celebrated her second John Lennon Songwriting Award with a main stage showcase at NAMM 2018. Her voice was also heard in the 2018 Olympics Ice Dancing competition for skaters Madison Chock and Evan Bates. She was a quarter finalist on America’s Got Talent, has won the great American Song Contest, and is featured on Republic Records soundtrack to Mitch Albom’s latest novel. Millerschin also has had her music and voice featured in national film and television. She plays the ukulele, piano, guitar, and headlines national tours. She’s also opened for many established artists. Did we mention that she’s just twenty-two?

Millerschin has received accolades for her celestial voice and old soul style. She performs a blend of vintage folk and modern pop.

“Olivia has a voice far beyond her years — gentle and lilting, and filled with the emotions that riddle her lyrics. Look Both Ways straddles the line of folk and electronic, like artists such as Sara Bareilles and Ingrid Michaelson.” – 60 Best Albums of 2016 – DittyTV Staff Picks

”Olivia Millerschin is producing some of the best regional music right now and should be a star.” – Lemonade Magazine
“Olivia has a voice you melt into – it is beautiful, innocent, soulful and note perfect despite reaching some notes only dogs can hear!… As far as ‘uniqueness’ is concerned, this American has it in spades.” – Nottingham Post
Millerschin’s second album Look Both Ways is an infusion of clever lyrics, haunting melodies, colorful folk, pop, and soul. Produced in Brooklyn and Detroit, the album mirrors the grit and hopefulness of both cities and reflects her quest to “look both ways” as she relishes in the good while proceeding with caution in a complex music industry and world.